PNC's Diversity & Inclusion group wanted to update the existing design for their LGBTQ+ pride shirts and accompanying banners. These items are available for employees to purchase when representing the company at Pride events. The existing design was just a white logo and text on an orange shirt, with a generic company banner design. They wanted the new design to be printed in color and to be much more unique and creative. The banner needed to follow suit, using a similar design and messaging that would stand out to the crowd when being held during Pride parades.

As someone who is an active part of the LGBTQ+ community and attends many Pride events every year, I had plenty of prior knowledge of the typical, corporate designs that companies attending these events tend to have. Often, they feature messaging and graphics that feel much more like an ad for their company and much less like genuine caring for the community. So my main goal was to work with our copywriter in order to create designs and messaging that would stand out in a positive, more personal way because the LGBTQ+ community members at Pride would feel supported and represented through them.

My first shirt concept included a message of community support and togetherness, surrounded by a circle of subtle icons that relate directly to the history of the LGBTQ+ community — the triangle, equal signs, rainbows, queer and trans symbols, solidarity fists, and more — with PNC's logo interspersed. I created another design that focused on the bold typography and colorful graphics often found on graphic t-shirts that have been popular within the community itself. I wanted this option to feel like someone in the crowd, attending Pride themselves, might be found wearing it. My third design used a simple graphic that placed the emphasis on its strong message — that this shirt really just represents our commitment to the community and the issues that are important to them. And finally, the last option drew on the idea that inclusion and community is an important part of the company's culture — that it's just who they are. I know from my own experience that if I saw corporate groups wearing one of these shirts at Pride, I would feel much more at ease and willing to support that company. 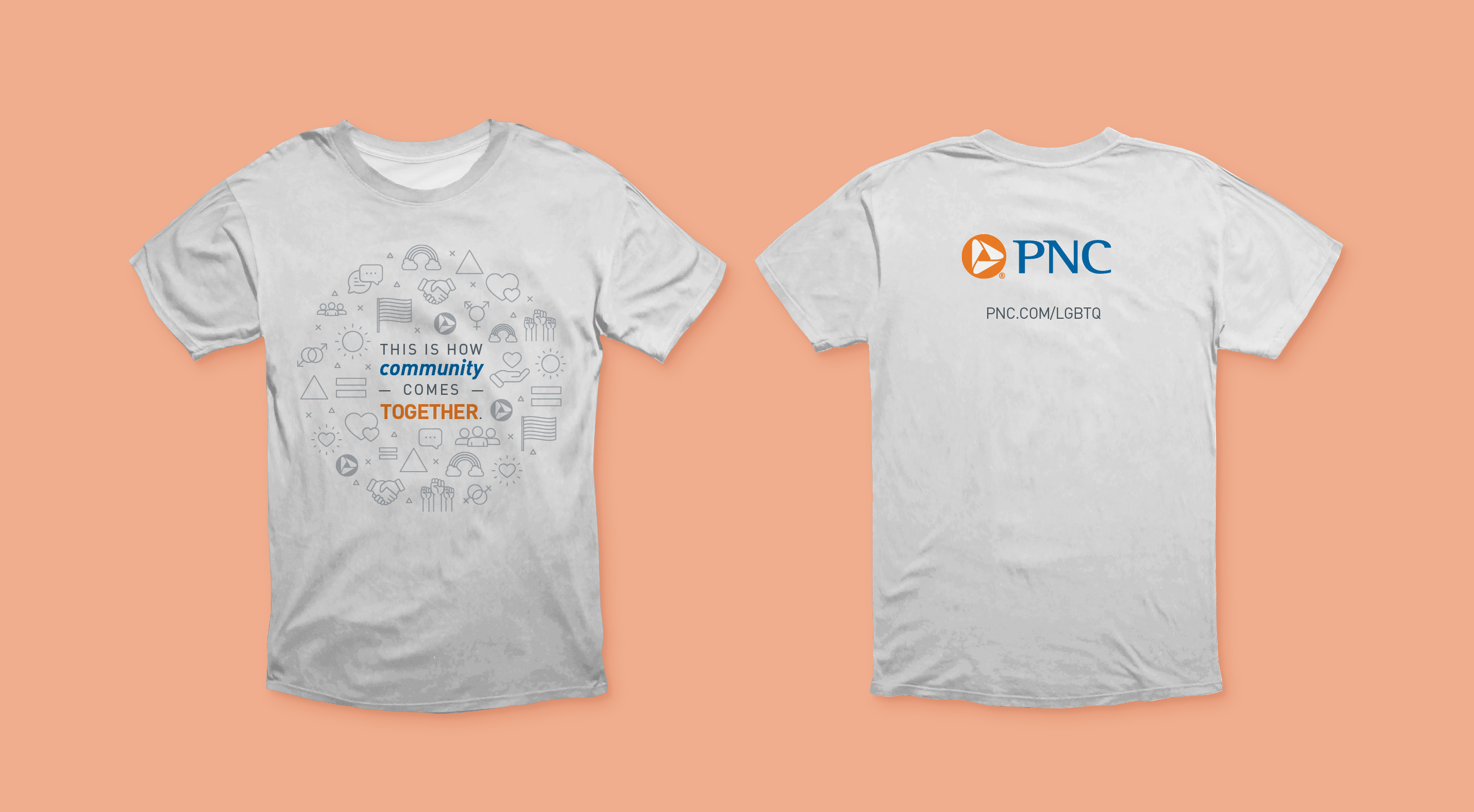 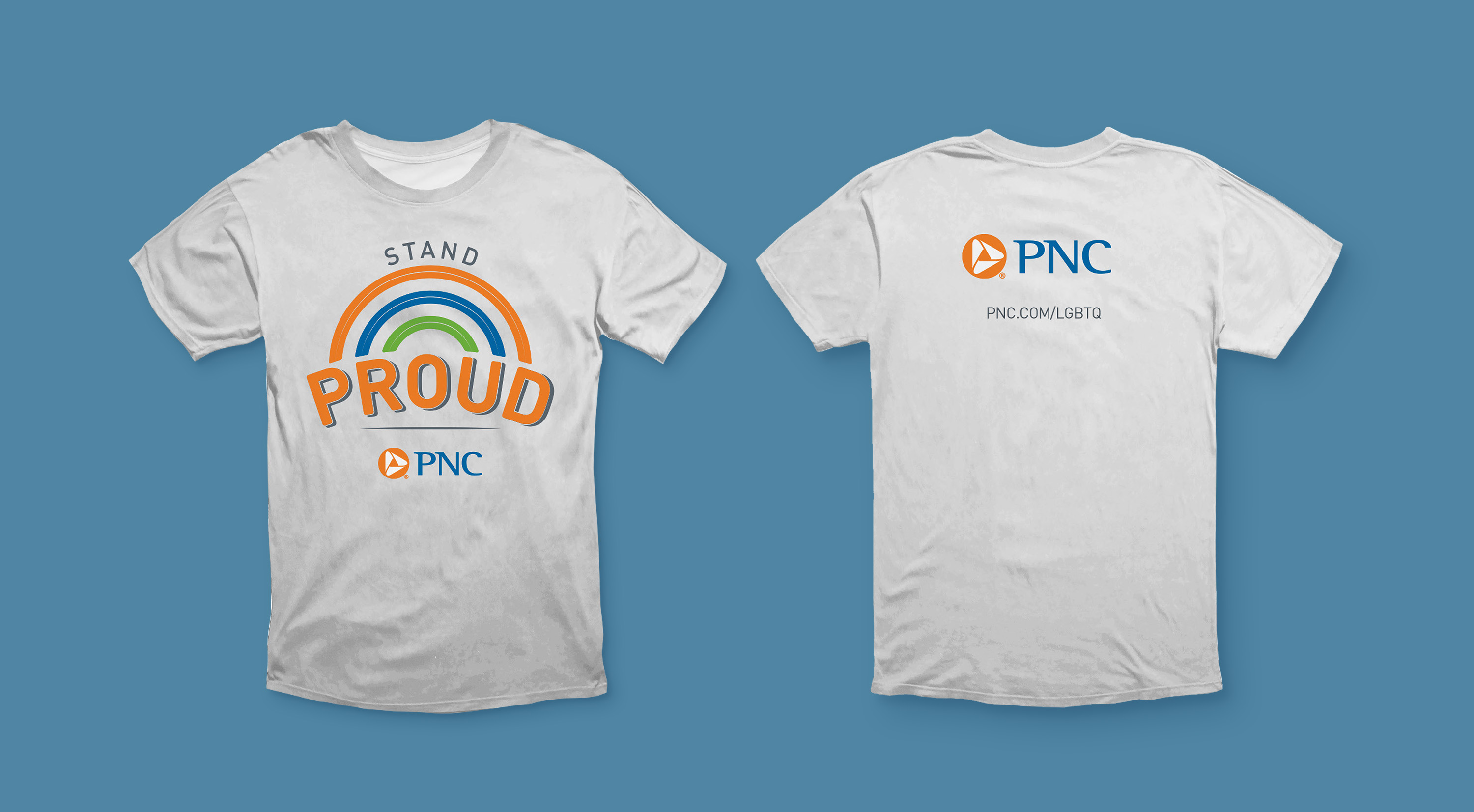 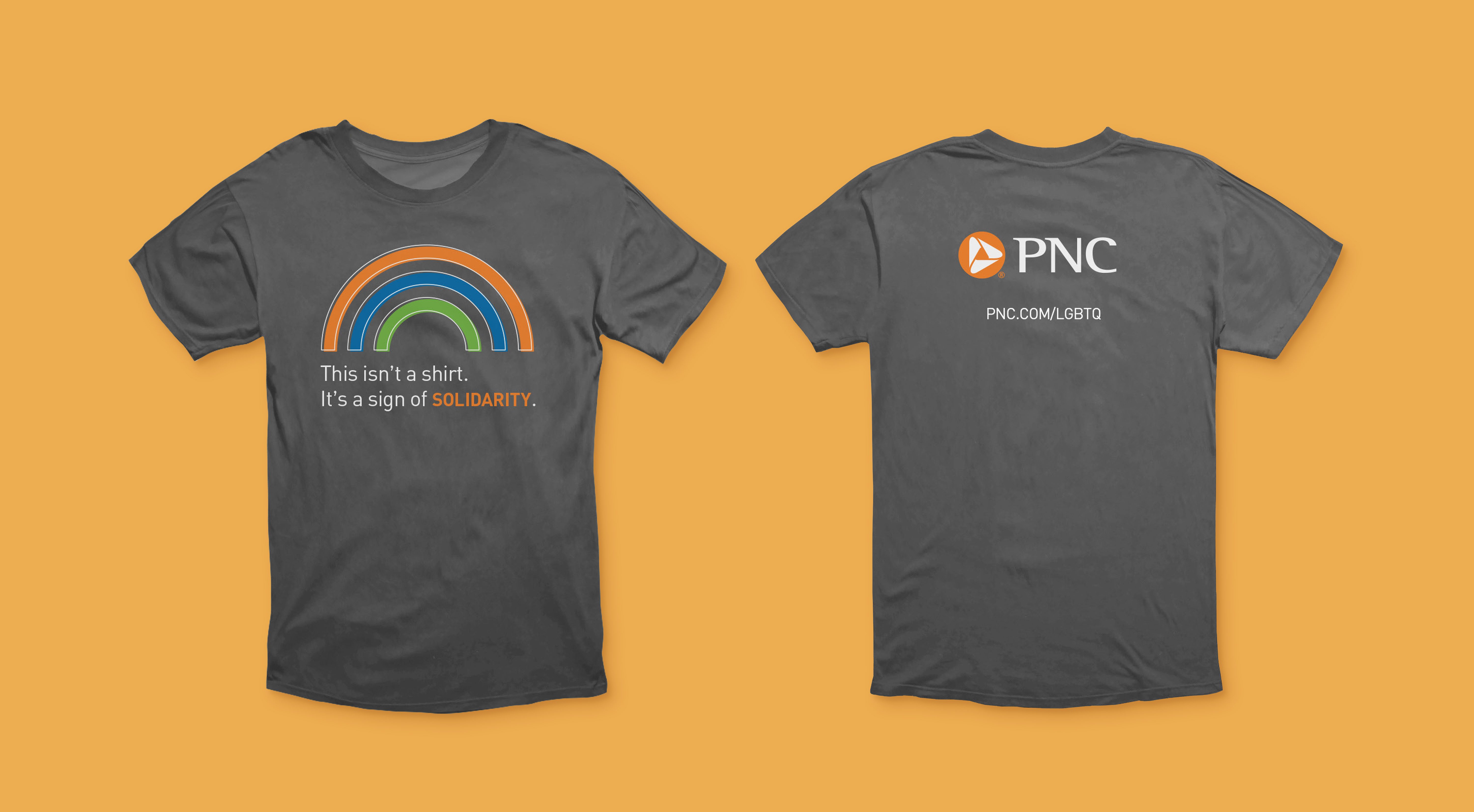 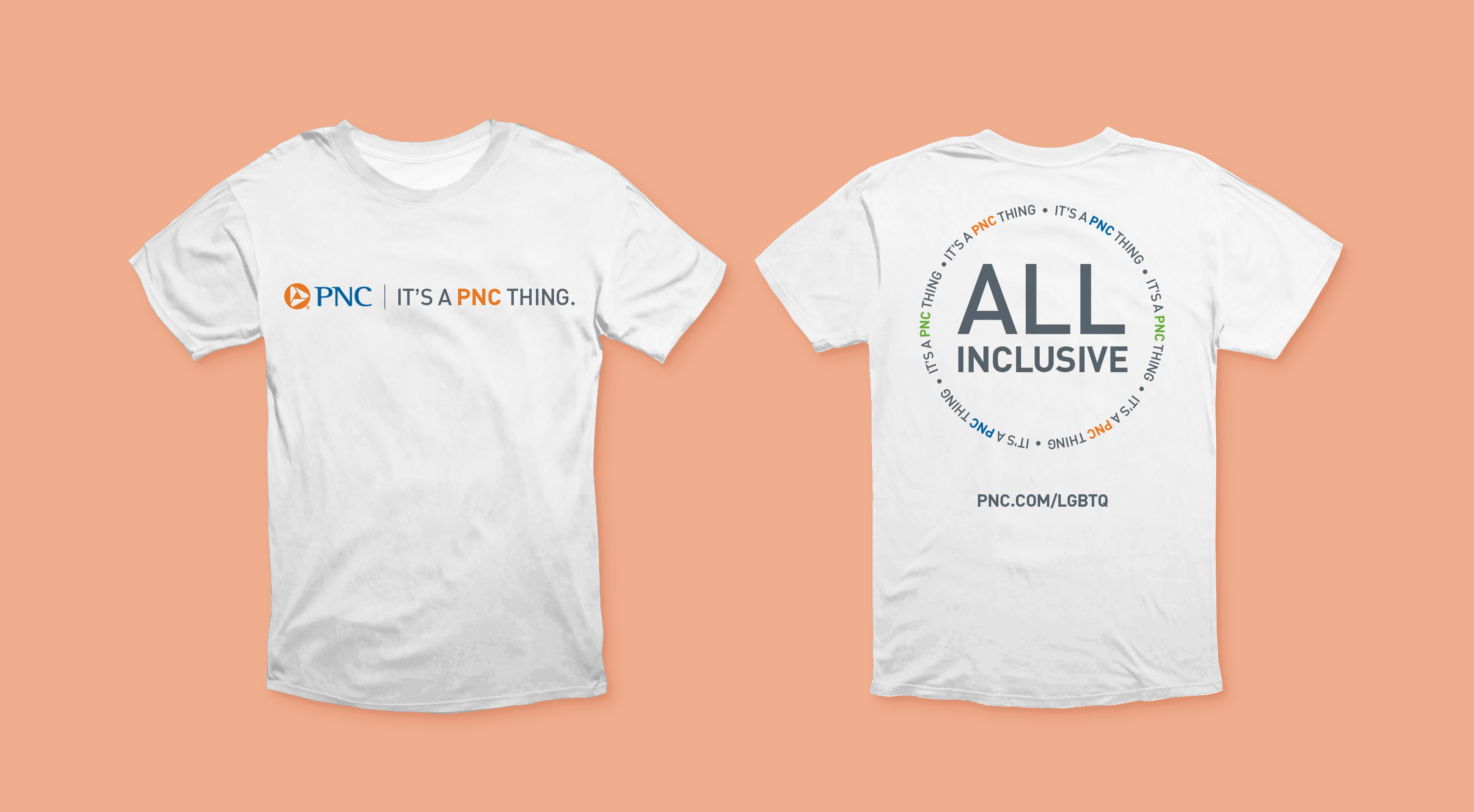 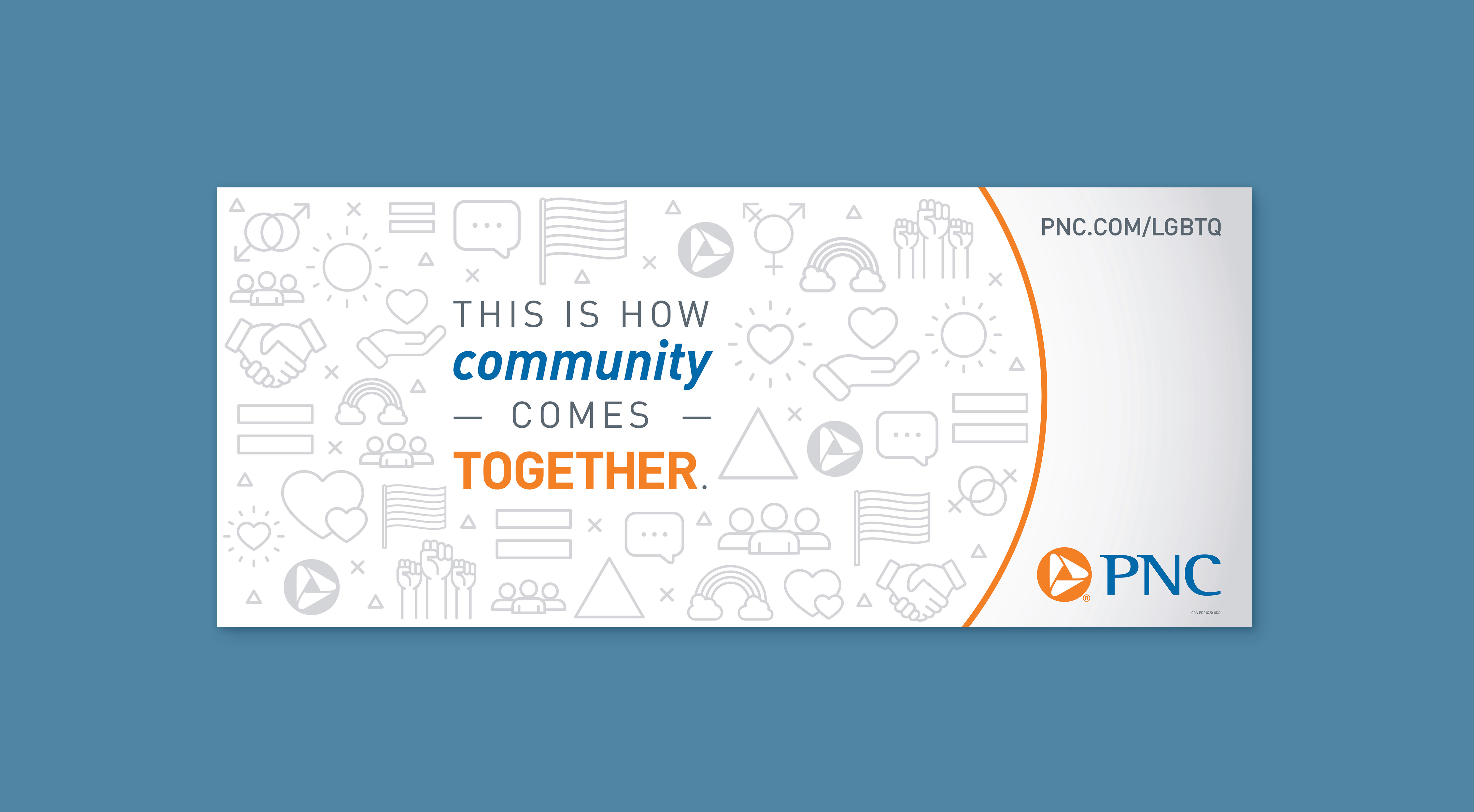 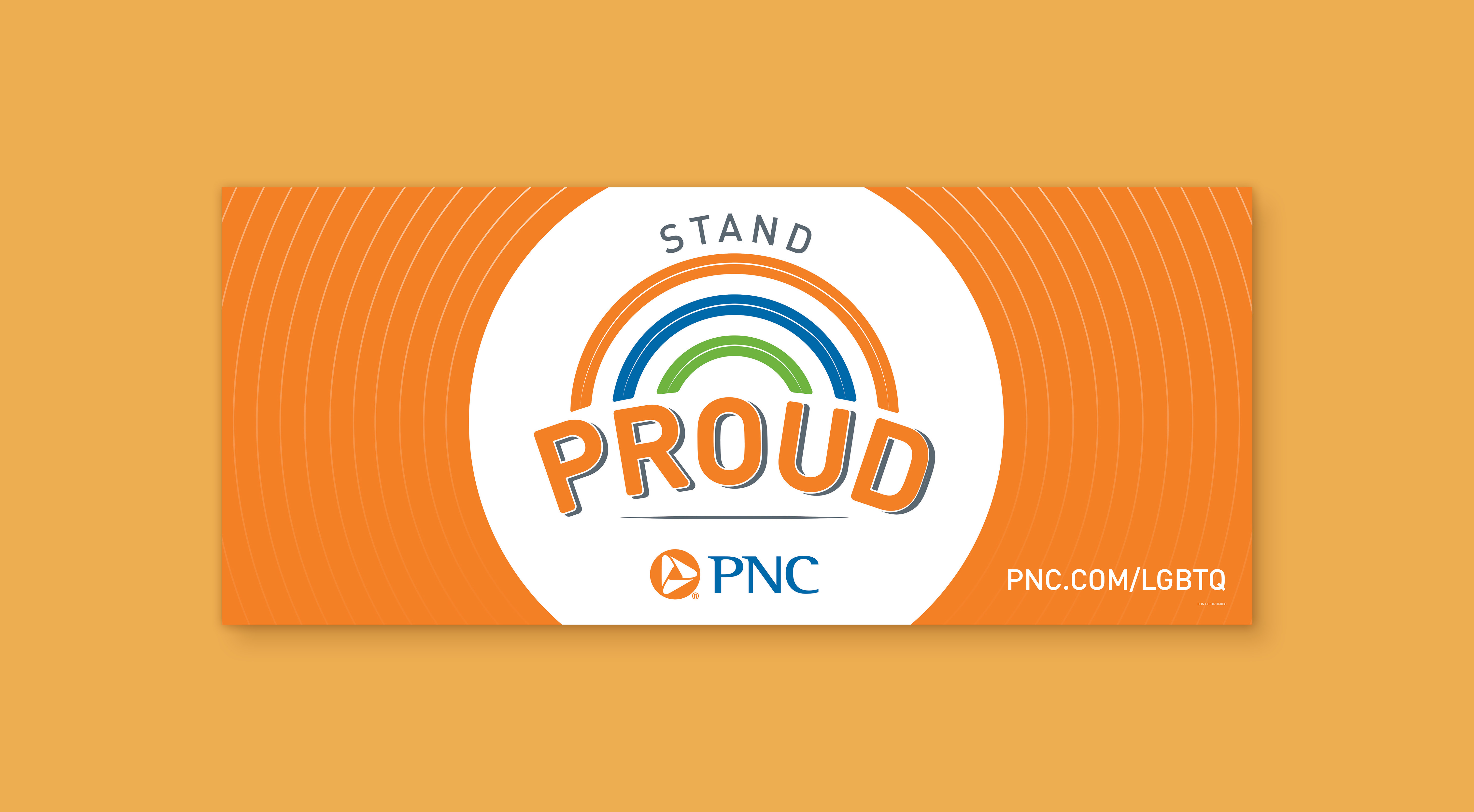